Some points of interest from Fred Ritchin’s essay – which he also discusses, albeit more superficially, at the Berlin conference in 2008.

“The basic technical distinction between analog (continuous) and digital (discrete) representation is crucial here. Rolling down a ramp is continuous motion, but walking down stairs is a sequence of discrete steps -so you can count the number of steps, but not the number of levels on the ramp”
Mitchell, The Reconfigured Eye, 1992 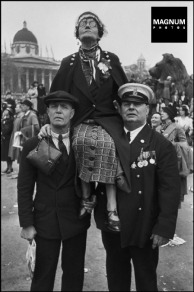 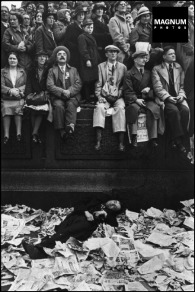 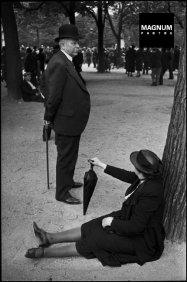 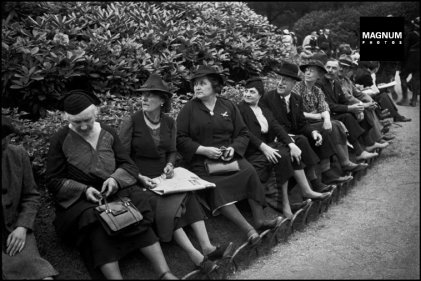 Cartier-Bresson choses the ripples when he was commissioned to photograph the Coronation of King George VI in 1936.

In a 1994 photograph we see U.S. soldiers invading Haiti, lying on the airport tarmac pointing their rifles at unseen enemies. The heroic image supports the claim of the U.S. government that it is invading to support democracy, liberating a neighboring country from a dictatorship.

Another photograph shows the same scene from another point of view: US soldiers are not pointed at a potential enemies, but at a dozen of photographers.

The contradictory double image is cubist: reality has no single truth. The invasion is real or is a simulation made for the cameras.

People will understand that a high percentage of photographs that pretend to show something significant, show only their simulation. The more powerful the character, the more control he has over the simulation. Showing these additional perspectives next to the Photo Opportunities reveal the vacuity of the nominal photograph.

The Italian photographer Ruben Salvadori shows us in his work “Photojournalism behind the scenes” how some of the most striking images illustrating the conflict between Israel and Palestine are arranged. A video montage shows the working conditions faced by reporters in the moments of crisis and the more relaxed atmosphere in which the photographs are taken a week later. 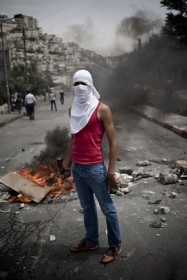 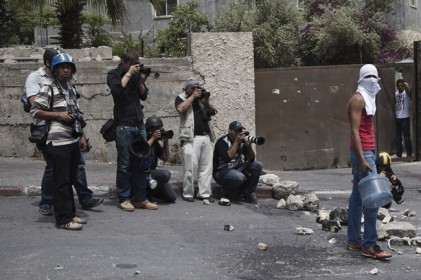 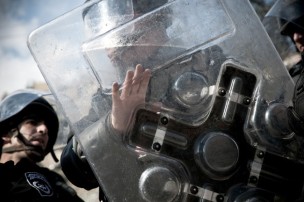 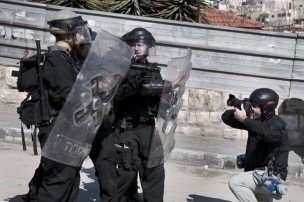 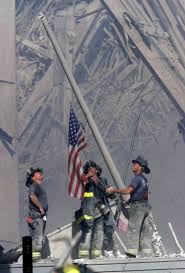 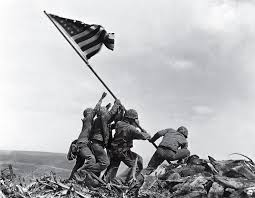 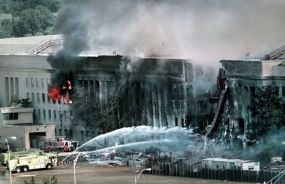 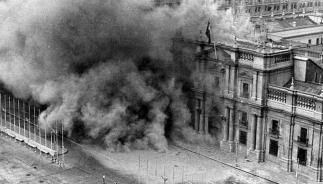 This is a common practice when photographing artists performing on stage. Called false direct, it allows the photographer to move around the stage freely photographing the performance of the artists without disturbing the audience. There is usually a brief photographic session moments before the doors are opened to the public, during some of the rehearsals that precede the final representation. Care should be taken not to show the seating area in any picture.

Photography in a digital environment has the ability to visualize the future in a way that can provoke responses before that represented future happens: Proactive photography, rather than reacting to apocalypse, can now try to help us to avoid them.

This type of photography should provide the reader with information to contextualize the proposed vision of the future, including scientific data that support the prediction, so as not to fall into Hollywood sensationalism. The example images were taken from a GreenPeace report published in Spain in 2007:

Another example of this modality of futuristic photography are the facial reconstructions based on photo-morphing techniques proposed in the 1970s by Nancy Burson, Richard Carlin and David Kramlich, which make it possible to predict how the face of a person who disappeared decades ago changed.

Paradoxically the subject represented in the photograph has no voice, being unable to contest his/her representation. Sometimes the photographer barely knows the subject, even though the image is used to illustrate a certain theme.

Paradoxically, the subject represented in the photograph has no voice and is unable to question its representation. Sometimes the photographer barely knows the subject, although the image is used to illustrate a particular subject.

If the digital revolution has privileged the consumer by making more personalized options available, why not give voice to the subject photographed?

Although it is not strictly photography -and the result is surpassed by any chatbot we find on the web today-, Courchesne’s early experiment allows the photographed subject to have a “conversation” with the viewer, while illustrating the concept of hyper-photography:

“I use hypermedia to make portraits. A portrait of someone is an account of an encounter between the author and the subject. Painted portraits were made over long periods of time and therefore are more conceptual than photographic portraits. They encapsulate in one single image hours of interaction between the model and the painter. Photography, on the other hand, makes realistic portraits. The talent of the portrait photographer is to wait and pick the right moment – the moment when the person expresses the density of his or her being; the subject and the photographer wait for the magic moment in complicity. In my portraits, the entire encounter is recorded, and material is extracted to construct a mechanics of interaction that will allow visitors to conduct their own interviews. As this happens over time, the conversations will evolved toward more intimate considerations.” 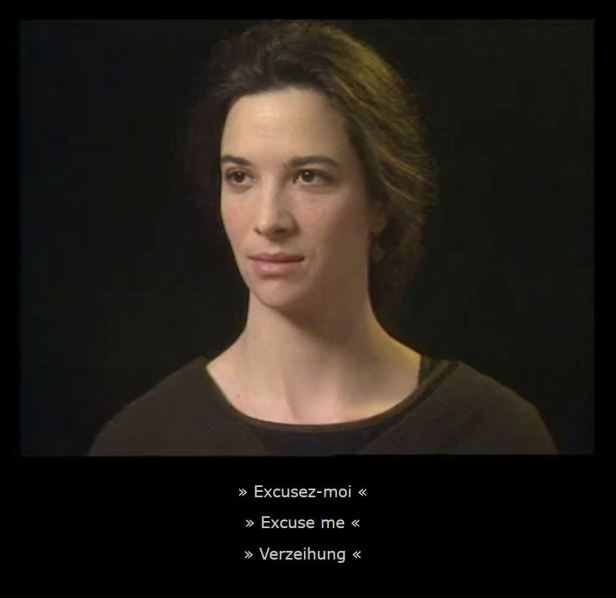 Spencer Platt’s 2006 World Press Award winning photograph shows young Lebanese in a convertible driving through a recently bombed and originally labelled area: “Affluent Lebanese drive down the street to see a neighborhood destroyed on August 15, 2006 in southern Beirut, Lebanon. This information was later denied by the young protagonists, who were actually residents of the area and had to flee during the shelling. This was the first time they had returned to the suburbs and they were eager to check the state of their apartment and their belongings.

The fact that photographs can be evaluated not only by the photographers, editors, or readers but also by their subjects changes the power balance enormously.

According to Berger, the ideal photographer is one who thinks of himself not as a reporter for the rest of the world, but as someone who registers for those involved in the events photographed. He/She creates an album that can be viewed by the latter and other viewers. In the web the photographed subjects can recontextualize the information of the depicted scenes. 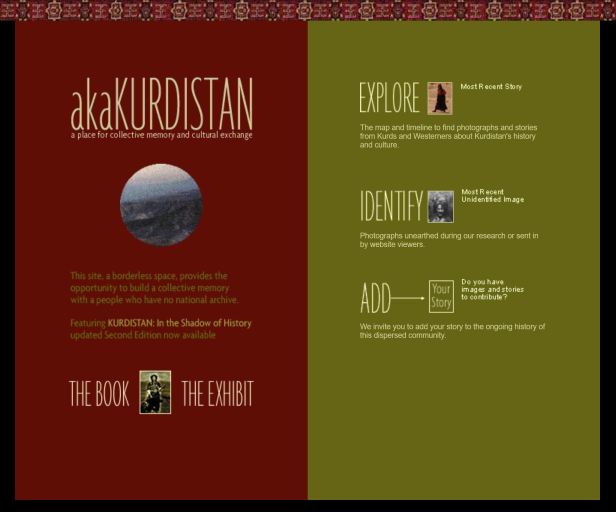 Eric Gottesman photographed AIDS patients in Ethiopia without showing their faces to avoid stigma. The photographer adopted this strategy to avoid the negative repercussions for subjects of being recognized by their neighbours:

In 1999, because of the stigma surrounding HIV/AIDS in Ethiopia, participants were willing to be photographed only if they were unidentifiable in the images. I was only allowed to make photographs in which their faces were hidden. Using instant film, the subject and I looked together at each image as soon as it was made and, if the participant’s face did not show, I was granted permission to use the image. Otherwise, we destroyed the negative on the spot. I also conducted interviews about HIV, and excerpts of some of those interviews can be found in the link below.

In 2004, two HIV+ people allowed me to photograph them and show their faces. At that point, I considered this series of photographs finished.

The outsider-insider collaboration can be a productive conversation among profoundly different points of view, each seeing some of what the other misses.

If Robert Frank had published his work, The Americans, these days, it would have generated an incredible and widely contested debate in American society, which would add layers of meaning that would enlarge or question some of Frank’s acerbic visions.

Photographer Brian Palmer went to Iraq for six weeks and lived with U.S. troops there, publishing a blog or web album called “Digital Diary: Witnessing the War” that documented the day-to-day lives of soldiers so that families could understand what their loved ones were doing on the front line. On this site the author, along with the photographs, the author wrote a record of the events, while readers could add their comments. 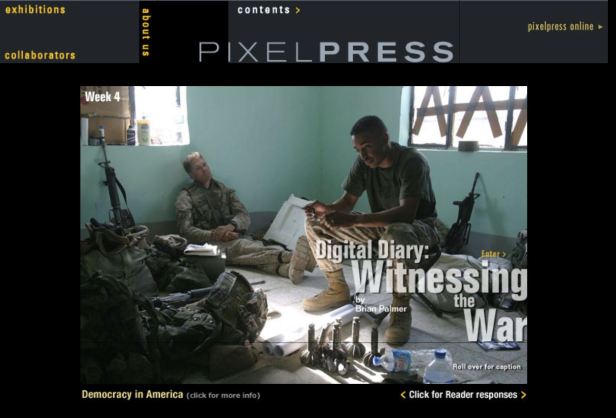 In relation to the 2005 London bombings, it is interesting how the first (second and third) draft of the news was written by the pedestrians themselves who were involved in the attacks.  From the photograph sent by Adam Stacey, some blogs picked up and spread the news quickly, until it reached the official media (Sky News, the Associated Press and finally the BBC and the Guardian newspaper). But the most detailed follow-up happened on Wikipedia:

But perhaps the biggest story on Thursday was Wikipedia, the online encyclopedia that Internet users around the world freely add to and edit. Yesterday’s entry on the London bombings was amended, edited and updated by hundreds of readers no fewer than 2,800 times throughout the day. “It’s very different than what you get on CNN,” explains Wikipedia founder Jimmy Wales. “You get background. On TV you see images of blown-up buses, but you don’t have information on the different tube stops.” The entry has photographs, detailed timelines, contact numbers, a complete translated statement by the jihadist group claiming responsibility for the attacks and links to other Wikipedia entries offering context on everything from the London Underground to British Summer Time.

What happened Thursday is not done happening yet, nor will it be for a very long time. But one lesson that may already be gleaned is this: it is no longer newspapers, as the old maxim goes, that write the first draft of history. Cable news may offer instant images, but it has always been the role of the written word, meaning newspapers, to capture fleeting events and distill them into historical record. But by the time the first editions of print newspapers hit newsstands Friday morning, citizen journalists had already written that first draft, and in some respects the second and third draft, online. Factoring in Wikipedia’s coverage of Thursday’s terror, you might even say today’s papers are finally getting around to offering history’s 2,801st draft.

Some examples of interventions that allow the viewer to know more about a situation, volunteer, contribute, vote or articulate an opinion. 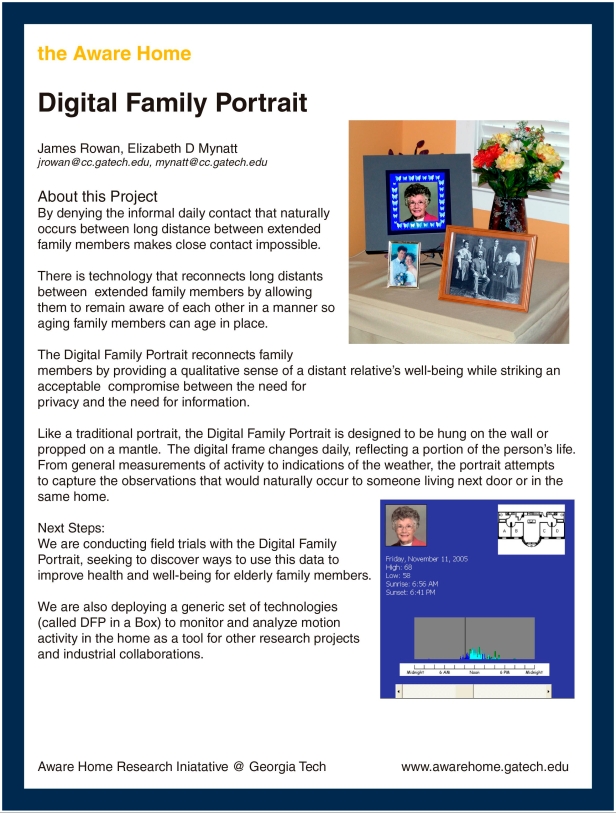 Happy slapping was a fad originating in the United Kingdom around 2005, in which one or more people out of boredom attack a victim for the purpose of recording the assault (commonly with a camera phone or a smartphone). Though the term usually refers to relatively minor acts of violence such as hitting or slapping the victim, more serious crimes such as the manslaughter of a pensioner and sexual assault have been classified as “happy slapping” by the BBC.

One thought on “Toward a Hyperphotography” 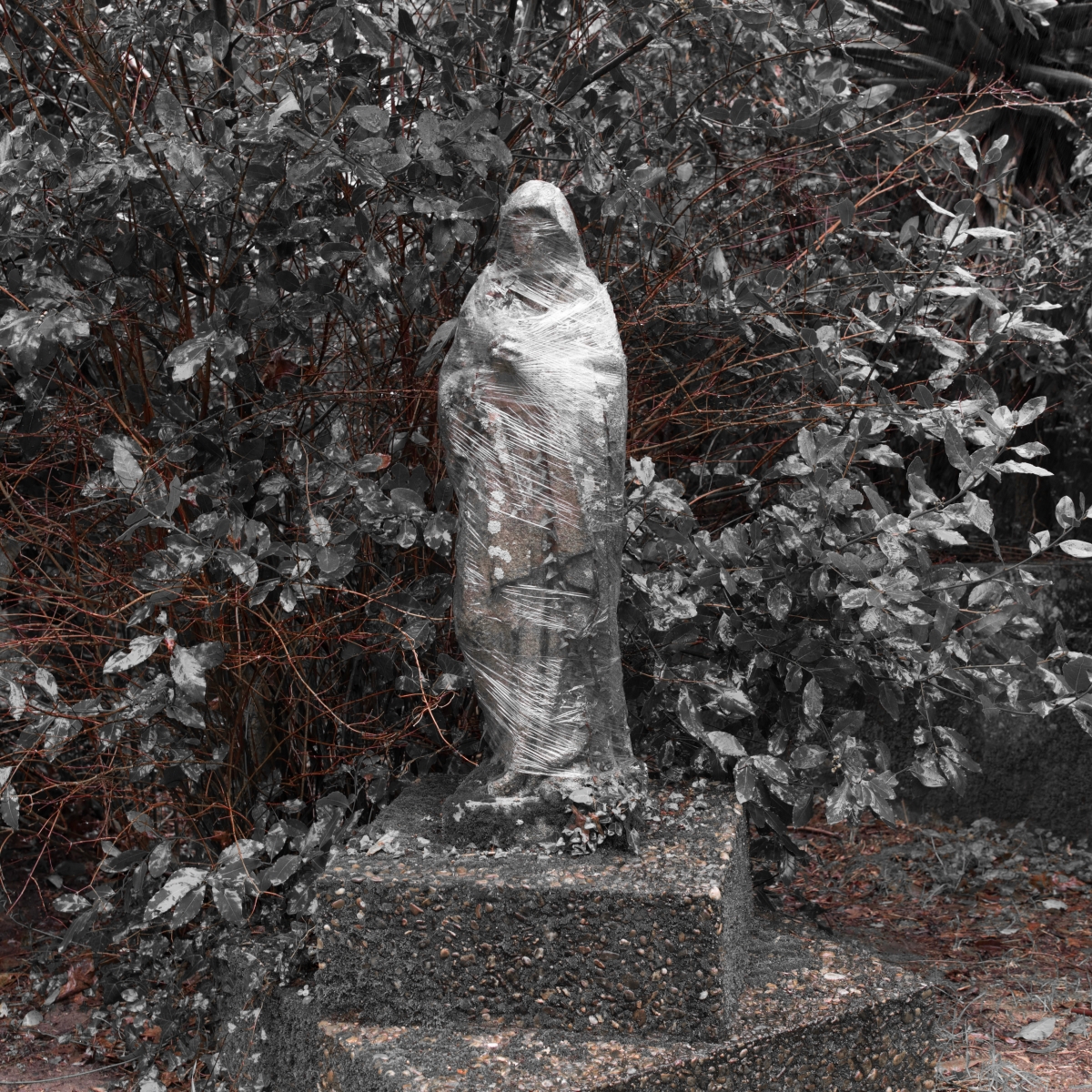 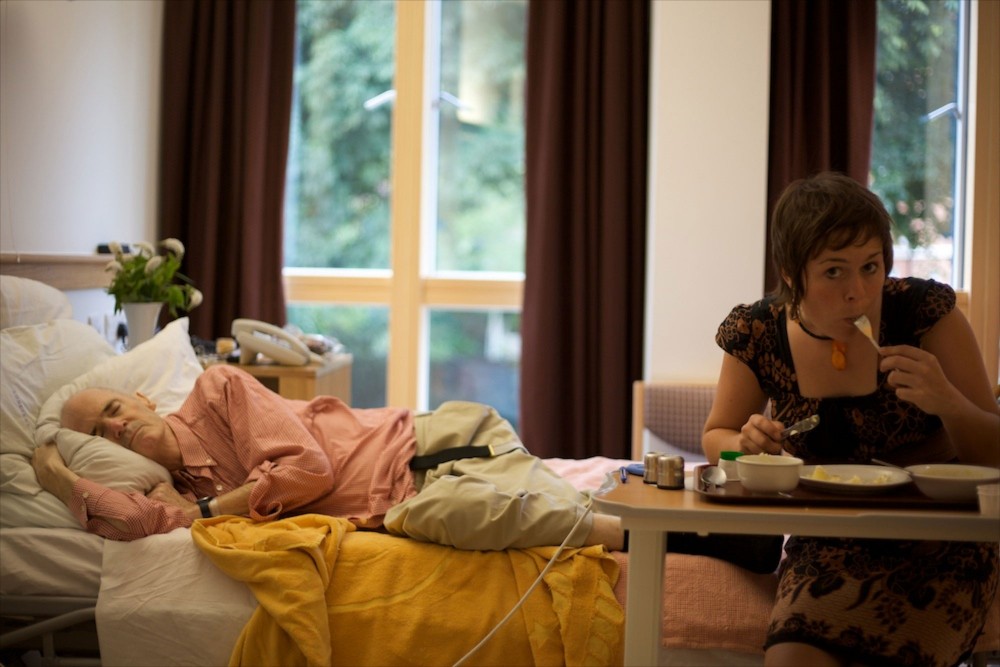 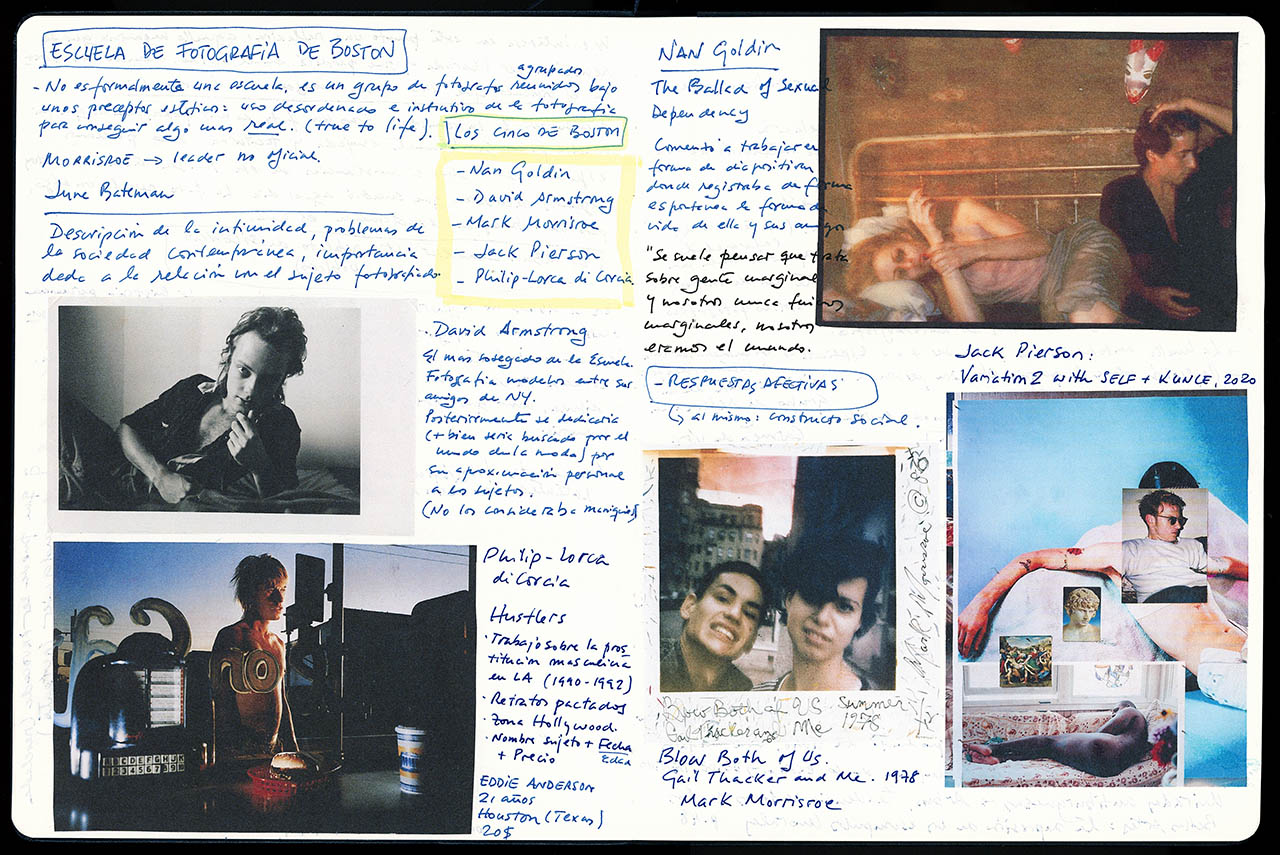 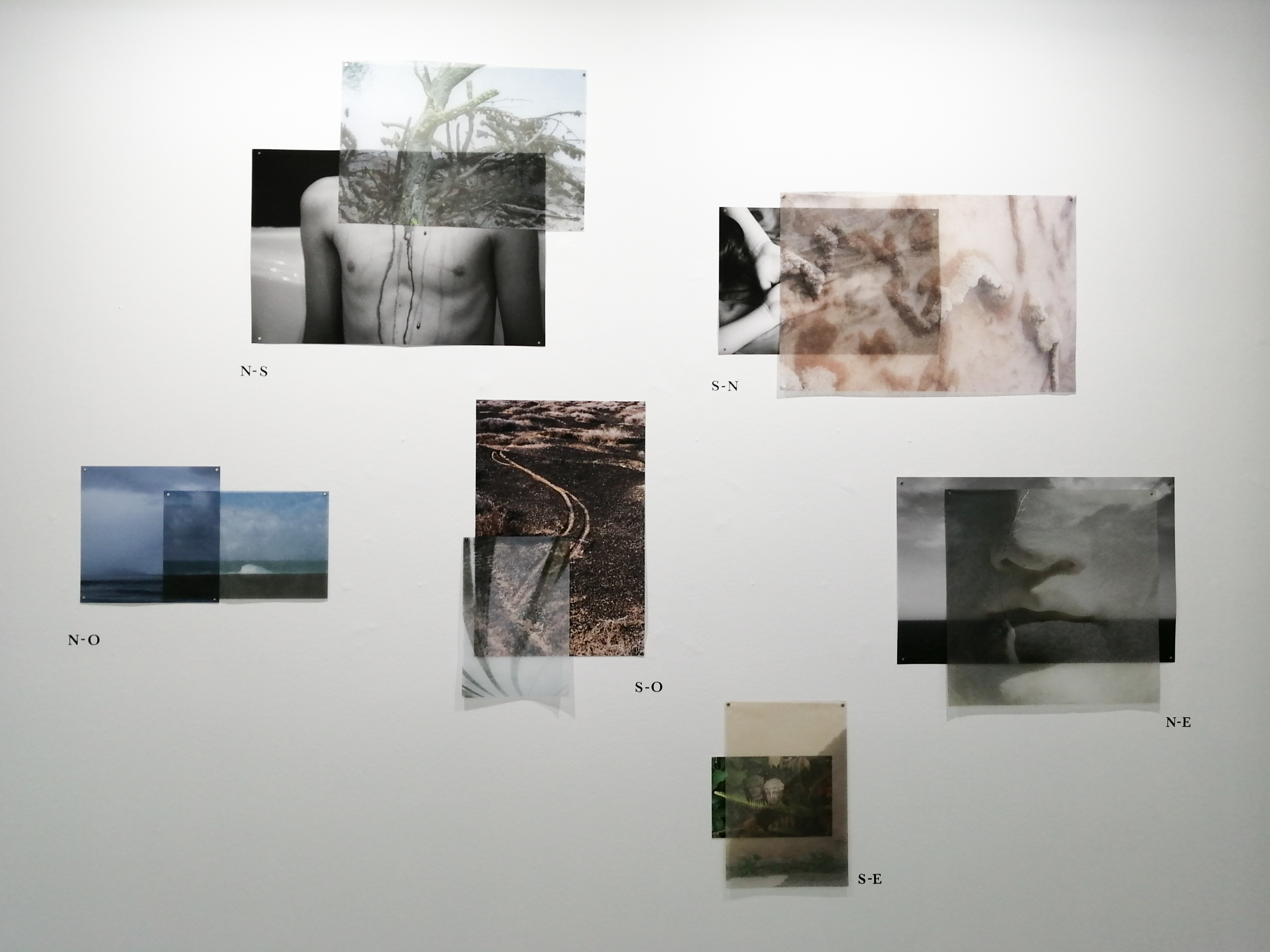 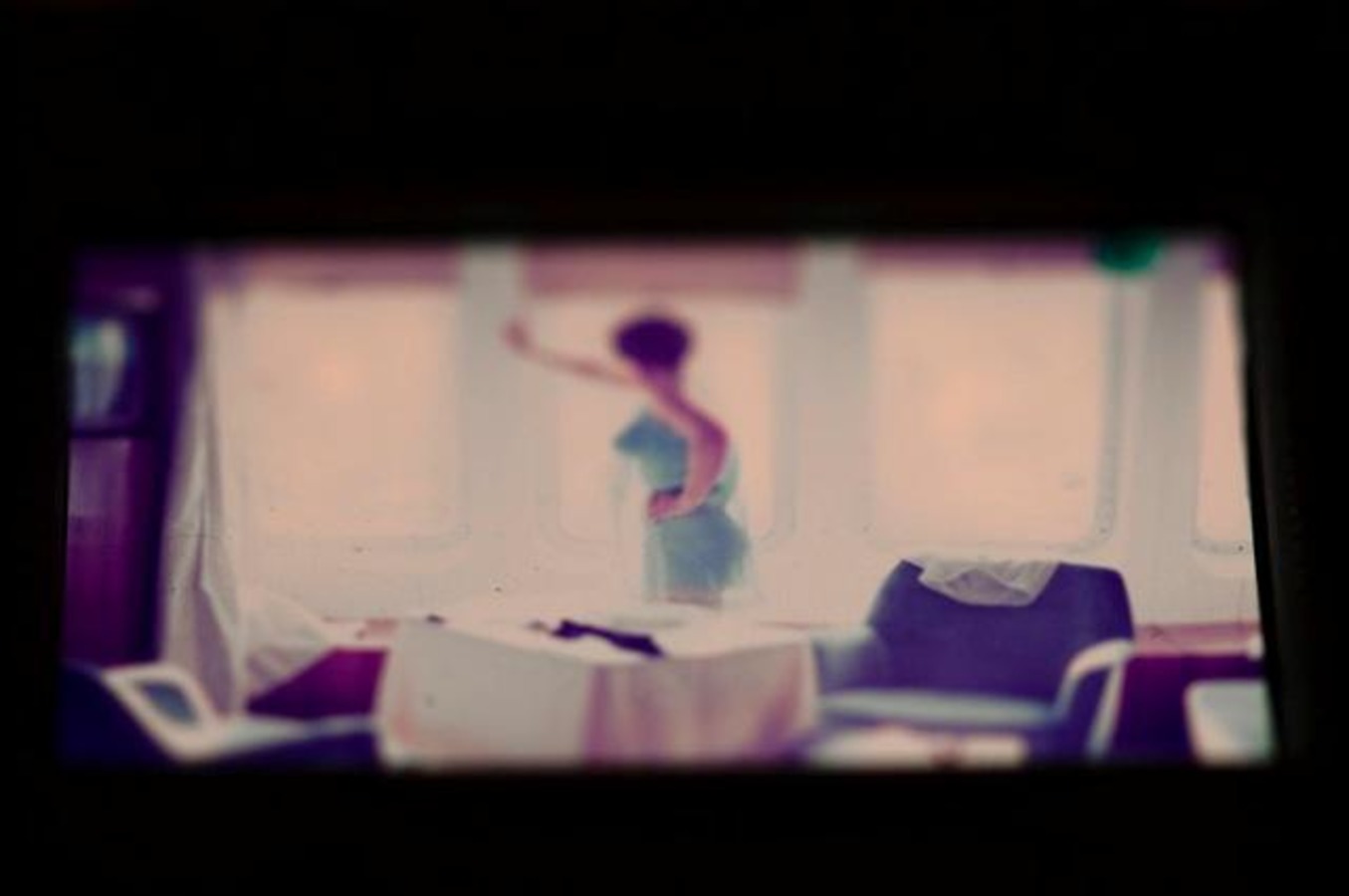